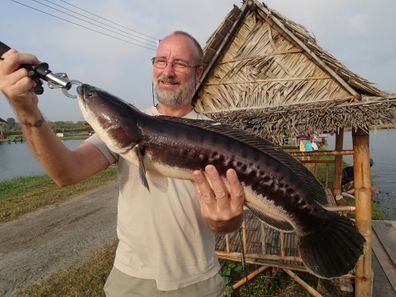 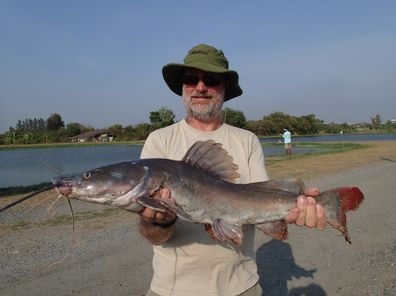 I've recently completed a three day fishing trip with Henrik from Denmark and needless to say, it was a great trip. We start off visiting Pilot 111 and landed a few Giant Snakeheads before we entered the exclusive Barramundi pond. That was when things got a little crazy. There were bites after bites with Barramundi being landed every 3 minutes! The video shows how intense that day was and we both returned home exhausted from the hot long day that we barely noticed because we were too busy catching fish.

The second day was a little more relaxing with a visit to Palm Tree Lagoon for a chance at catching from really big fish. The day started off somewhat slow with a few fish that was lost due to bad hookups. One fish that got away was certainly a fairly large Siamese Carp who did not seem to care that it was hooked! Then the day started to warm up with a few Redtail Catfish to show for and a striped catfish.

The Giant Freshwater Stingray decided to come over and greet Henrik with a smile afterwards and then there was an Alligator Gar lost at the net.

By the end of the day, there was this urge to catch a Siamese Carp sine we may have lost 2-3 carps that day but there was no suck luck. Perhaps Bungsamran on the next day could yield us a carp? 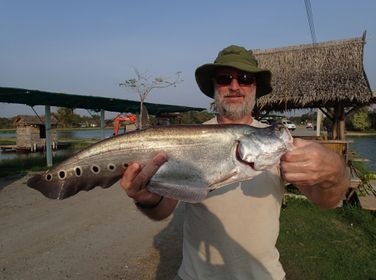 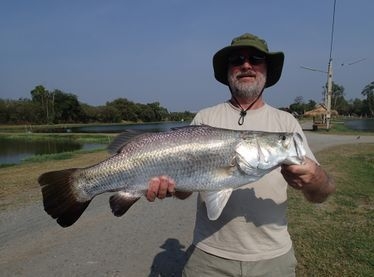 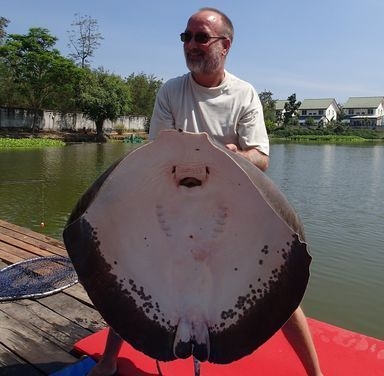 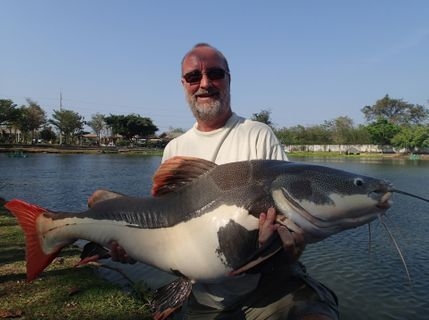 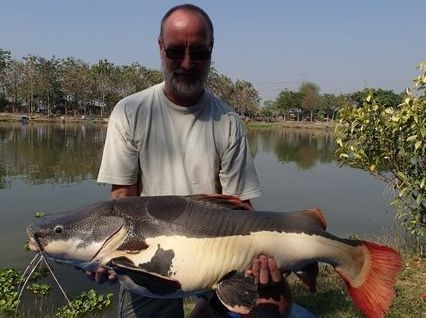 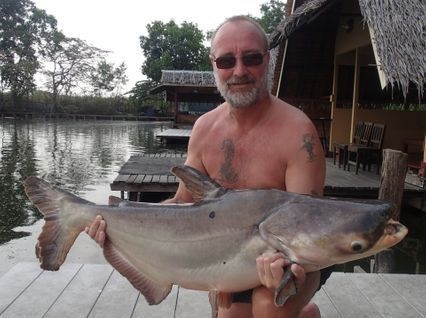 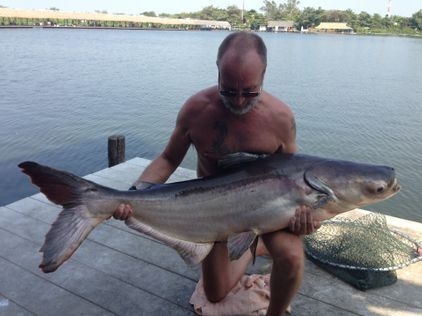 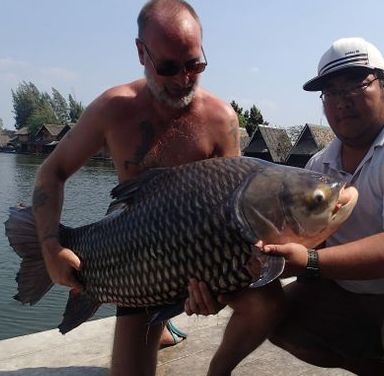 Our last and final day had arrived and I was on a mission to get as many fish as possible for Henrik. The day started out fast and furious with the first fish taking the bait just on the second cast. It was a standard size Giant Mekong Catfish that we all have come to appreciate.

However, the size just got bigger and bigger. Knowing that we have missed out on about three Siamese Carps the day before, I knew Henrik wanted a carp badly. It also didn't help that there were many carp just jumping up and down for us to see. So I made sure that the technique that I was using was able to accommodate catching a large Mekong Catfish as well as leaving the opportunity to land a carp as well.

Then something different happened. The baitrunner was screaming as loud as it can be and line was going out fast. It isn't the typical take of a Mekong Catfish but the odds of catching a carp at Bungsamran is so low that I do not dare to imagine that it was a carp. Right after the hookset, the unidentified fish is running left then takes a sharp turn to the right and repeats itself. Could it really be a carp?

It is a carp! A fairly large one too! I am jumping up and down filled with excitement while other anglers are looking at me like I'm crazy. I would never forget the look on Henrik's face as he slowly cherishes landing thsi carp while he strokes the slime that this carp is filled with.

All in all, everyday spent with a client has been amazing especially landing a nice exotic specie such as the Siamese Carp. Ready for your fishing vacation in Thailand?