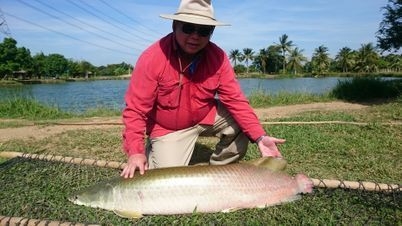 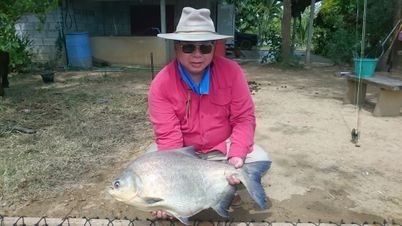 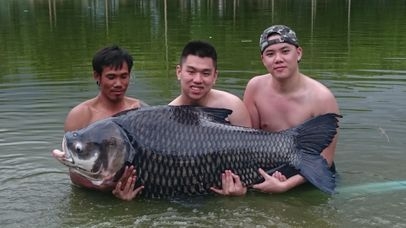 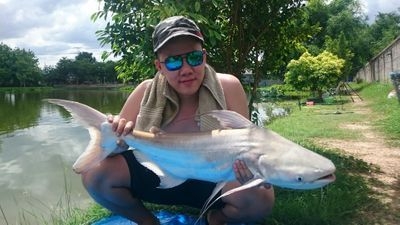 June was another eventful month at Bangkok Fishing Guide Service and we continue to land very impressive fish. We kicked off the month with Russell from Hawaii who wanted to target Arapaima on the fly. There is not other place to fly fish for Arapaima but at Amazon BKK, the premier place to land target an Arapaima on lure or fly. As usual, we were able to put Russell on to his target fish, the Arapaima. Apart from the Arapaima, Russell also landed a very nice size Pacu.

We then hosted Phon and his buddy who has booked a two day trip to Bungsamran and Palm Tree Lagoon. With our airport pick up service, we went straight from the airport to Bungsamran and jumped right into the action. The fish Bungsamran had no mercy on them and the big ones decided to push them to the limit by taking the bait on every cast! After a half day at Bungsamran, we decided to throw in the towel and go get some much needed rest for the next battle at Palm Tree Lagoon.

Due to the fatigue from Bungsamran, we were a little delayed to getting to Palm Tree but the fish were kind enough to wait for us. They landed a great size Siamese Carp and other species includes the Chaopraya Catfish, Balck Shark Minnow and Amazon Redtail Catfish. 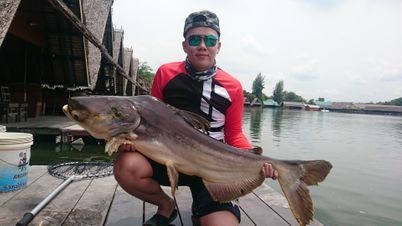 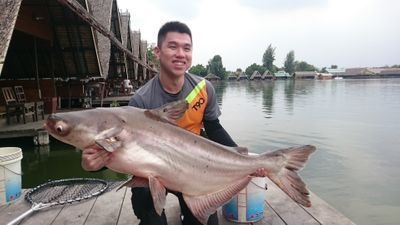 We rounded the month off with our client turned friend, Cris, in his second trip in as many months. After landing the biggest Arapaima I have ever seen and probably the biggest I will ever see, we couldn't decide to go anywhere else but to go back to Palm Tree Lagoon and try our luck again! While the fishing was a little slow, we ended up with his first Siamese Carp and a great Mekong that ended up taking line as we were packing up delaying our departure by another two hours! 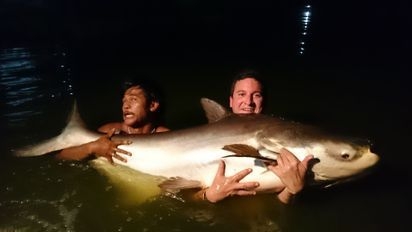 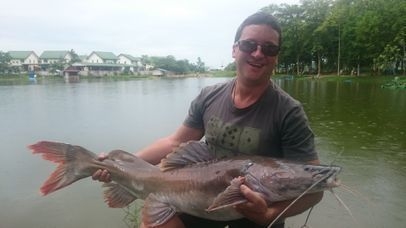 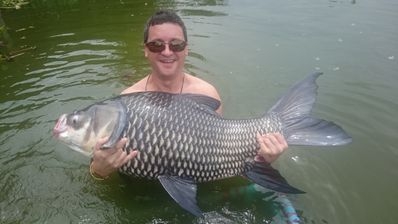